Free Shipping & Returns On All US Orders

Kung Fury is a suitable sci-fi 2015 dream movie which is set a fussbudget army craftsman in Miami voyaging time and returning to the time of dinosaurs which makes the plot very exciting of this quick movie. This Kung Fury Cobra Jacket we’re bringing to you is encouraged with the aid of using an detail cobra with inside the movie. This eye-attractive and wonderfully made-up plane coat are custom designed highly out of the first-rate first-rate and robust cowhide texture which has an inward overlaying of exceptional gooey obtaining high-quality straight for wardness, solace, and heat for you. Dark and first-rate in shading, this up to date David Hasselh off Bomber Jacket has erect necklines, complete and becoming flawlessly revealed sleeves, open repair sleeves, a exceptional hurdled the front and middle end, facet stomach flashed up open wallet aleven though the tremendous function of this high-quality piece is the huge Kung Fury Cobra emblem on the back.

The movie become introduced in 2015 May, after it debuted on the Cannes celebration. The movie has been created through the Lampray and Laser Unicorns. The movie moreover executed the goal of $200,000 efficaciously and overachieved the goal with extra than $630,019 blessings from December 2013 to January 2014. Sci-fi And Action The movie spins round an exceedingly captivating and sci-fi topic. The tale is going this way: someday with inside the remote beyond Kung Fury, the hero, a associate is allotted with in Nazi Germany through the perilous kung fu professional of fiendishness and brutality of all activities Adolf Hitler who’s in any other case referred to as Kung Fuhrer. Flying Back In Time Kung Fury chooses to retaliate for the murder of his associate and to show returned the clock and space, to Nazi Germany with inside the midst of Hitler. He is going there to kill Hitler and retaliate for his associate’s murder, finally stop the Nazi machine for one closing time. An Amazing Cast Of Actors The solid is certainly cool and each one of the entertainers are extraordinarily becoming for his or her jobs. The entertainers comprise David Sandberg as Kung Fury, Jorma Taccone as Adolf Hitler, Steven Chew as Dragon, Leopold Nilsson as Hackerman, Andreas Cahling as Thor, Eleni Young as Barbarianna, Helene Ahlson as Katana as a result a few extra.

Our Happy and Beloved Clients 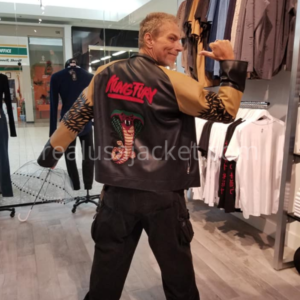 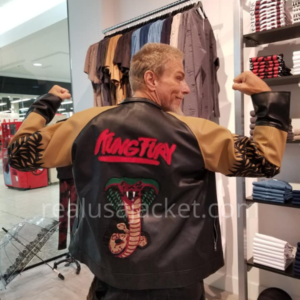 To choose the correct size for you, measure your body as follows: